An Anthology from The Erotica Consortium

Stories and Authors:
Kick by C.D. Reiss
Unraveled by K. Bromberg
COME by J.A. Huss
Red & Wolfe by Ella James
The Devil in Me by K.I. Lynn
Worth by Shay Savage
These Men by Andrea Smith
STILL by Alessandra Torre

We're not giggling about foul language over tea, or avoiding smut talk at the Tupperware party.

This book is slick fingers and flesh on your lips. It's twisted bodies late at night when the city sleeps and the moans fall where no one can hear them. This book is pain and pleasure, lust and passion, a body brought to the breaking point. It's drenched in the the musk of sweat, shuddering at the touch of a Master.

It's not your mother's erotica. It's yours.

The Devil in Me

In search of strength and guidance at a nearby church, Jared happens upon a temptation. One he cannot hope to resist. Each time he sees her, the overwhelming urge to have her consumes him. The lust is overpowering, dragging him deeper and deeper with each encounter, exposing the devil within.

The first novella in Songs of Perdition.

Fiona Drazen, sex addict, submissive slave, celebutante, trapped in a mental ward until Dr. Elliot Chapman can help her remember why she's there. But once she does, she might not want to go home to the Master she tried to kill.

An injured Roman Tribunus finds comfort in the touch of the slave commanded to tend to his wounds. As a slave, her value is measured as a couple of coins, but as Tribunus Faustus learns more about her, he begins to understand her true worth.

Still, a man of his station can never acknowledge feelings for a slave, and she is already owned by another man.

Paige Matthews has a lot to learn, and more than just about being an intern with the F.B.I. Inexperience with all types of relationships leaves her looking for a new place to live. Eli Chambers and his partner, Cain Maddox, are looking for a roommate. It's the perfect arrangement, but one that will change all their lives forever.

He must have her, take her, control her, keep her.  She will submit. But she will do it when she is ready and willing. The bond is uneasy and the future uncertain. But one thing's for sure.

Alone… Harper and James are dangerous.

Together… they are unstoppable. 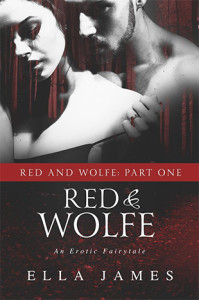 After years attempting to contact her estranged grandmother, an artist who lives on a remote island, Sarah “Red” Ryder is surprised to receive an invitation. When she arrives at the island, she's shocked to find it is now the home of J. Wolfe, the reclusive artist, who has his own plans for her.

I was raised right. To mind my manners, keep my knees together, to put my napkin in my lap. But somehow, with one look at the dark sexuality that is Brett Jacobs, I forgot my Southern graces. They may have gotten lost in the pushmeupagainstthewall and takemehere action that occurred. In the clothes-ripping ohmygod action that followed. They may have, along with my sanity and common sense, deserted me, leaving me with bruised lips, ripped panties, and multiple orgasms.

This set will only be available for a limited time, so get it before it disappears.

The Erotica Consortium was the brain child of CD Reiss. In December 2013 she asked JA Huss to help her pull together the hottest erotica writers to start a private Facebook group that would encourage support in all areas of bookish things. Members of The Erotica Consortium were personally invited by JA and CD and the group is complete with six additional authors: Shay Savage, Andrea Smith, KI Lynn, K Bromberg, Ella James, and Alessandra Torre. BEND is their first anthology together.

JA Huss' Top Five Dream Vacation Spots
Fiji – I just might move here. 🙂
Any place in Japan, but preferably the entire collection of islands. I’d like to spend a year there.
A summer in Antarctica because it scares the shit out of me.
A cruise around Alaska.
The Golden Coast of Australia.

THESE MEN PLAYLIST
Girls Just Wanna Have Fun – Cyndi Lauper
Sexual Thing – Poison
My Prerogative – Bobby Brown
I Want Your Sex – George Michaels
Losing My Religion – R.E.M.
Waiting On The World to Change – John Mayer
Something to Talk About – Bonnie Raitt
Who Says You Can't Go Home – Bon Jovi
All Through The Night – Cyndi Lauper
Dreams – The Cranberries
We Belong – Pat Benatar
I'll Stand By You – Pretenders