Win an ARC of Down Shift by K Bromberg!

Win an ARC of Down Shift by K Bromberg! 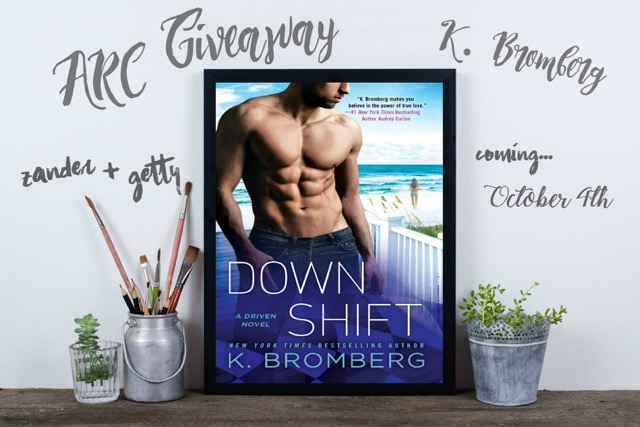 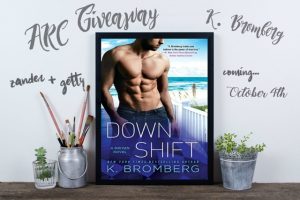 K Bromberg, the New York Times bestselling Driven series continues with a story about finding love where you least expect it…

Behind the wheel, racing champion Zander Donavan is at the top of his game. But after too much excess in his personal life, he’s forced to step away. He needs to accomplish something all on his own—outside of his famous father’s shadow.

Getty Caster is running away from the abuse that clouds her past. She thinks she’s found the perfect escape—until she discovers a stranger in the beachside cottage she’d been promised. He’s undeniably sexy, but she’s there to heal. Alone.

Before long though, fighting with each other turns into fighting their attraction. And giving into desire sets off a chain reaction that has their pasts colliding. With an unexpected love on the line, can they overcome the fallout to build a future?