Round the bases with Helena Hunting, Katy Evans, Sawyer Bennet and CD Reiss!

Round the bases with Helena Hunting, Katy Evans, Sawyer Bennet and CD Reiss!

Are you ready to round the bases! We have FOUR Amazon gift cards and three paperbacks happening. (LIKE AN EXCERPT FROM KATY EVAN'S NEW BOOK! (muppet arms)

Just visit all of our sites for a chance to hit a home run! You can find the links inside the rafflecopter. Go get 'em Slugger!

I have a SUPER SPECIAL SURPRISE from Katy Evans! Three pages from LEGEND! What the everlovin??? It's smoking hot.

Head on over to this page to see it! CLICK HERE! 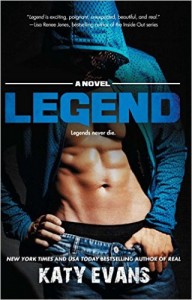 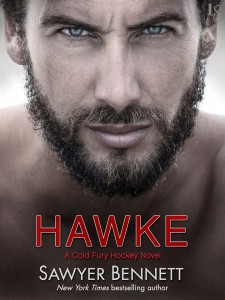 HAWKE – Off the ice, elite defenseman Hawke Therrien enjoys his fair share of booze and good times. And why shouldn’t he? He’s worked his way up from the minor leagues and made himself a star. The only thing Hawke misses from that life is the pierced, tattooed free spirit who broke his heart without so much as an explanation. She’s almost unrecognizable when she walks back into his life seven years later—except for the look in her eyes that feels like a punch to the gut.

Vale Campbell isn’t the same girl she was at twenty. As crazy as she was about Hawke, her reckless behavior and out-of-control drinking were starting to scare her. She had to clean up her act, and that would never happen with Hawke around. Cutting him loose was the hardest thing Vale ever had to do—until now. Because she’s still crazy about Hawke. And if he could ever learn to forgive her, they just might have a future together. 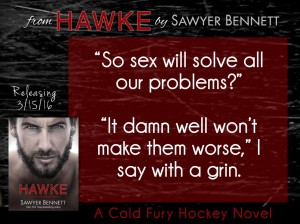 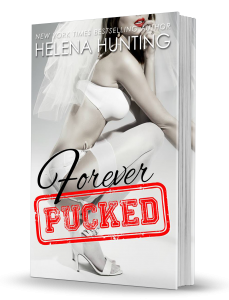 PUCKED – Being engaged to Alex Waters, team captain and the highest paid NHL player in the league, is awesome. How could it not be?

In addition to being an amazing hockey player, he’s an incurable romantic with an XL heart, and an XXL hockey stick in his pants. And he knows how to use it. Incredibly, orgasmically well. Alex is the whole package and more. Literally. Like his package is insane. Total world record holder material.

So it makes complete sense that Violet Hall can’t wait to nail him down to the matrimonial mattress and become Mrs. Violet Waters.

Violet is totally stoked to set a date.

Eventually. At some point. Likely before the next millennium. Or when Violet stops getting hives every time someone brings up the wedding, and their mothers stop colluding on stadium sized venues. Whichever comes first.

***Forever PUCKED is a followup to PUCKED (The Pucked Series Book 1), while it is not necessary to have read Pucked Up (Book 2) or Pucked Over (Book 3) it is highly recommended to that you read Pucked first.*** 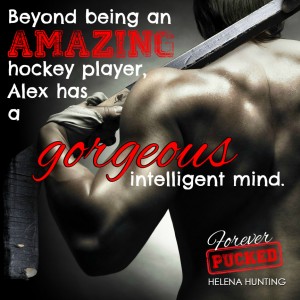 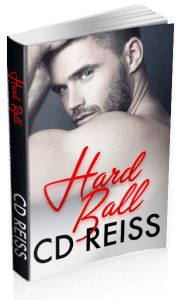 HARDBALL – Perfect ass. Perfect arms. Perfect swagger.
They call Dash Wallace the Diamond King.
He’s the hottest commodity in baseball and in the bedroom.
When he runs the bases, every woman’s eyes are glued to his stunning body and a smile that puts the night lights to shame.
I’m no queen. I’m a regular girl with a regular job. I just watch him on TV and from the bleachers, season after season.
Girls like me grab a guy like that one in a million times.
My number just came up, and he is as spectacular in bed as he is on the field.
But there’s not a woman in the world who can distract Dash Wallace from the game. Not for a moment. Not even me.
Until the night I do. And everything changes.
—–
Hardball is a SMOKING HOT, SEXY romance with a touch of angst and a ton of heart from CD Reiss. It's a fun, witty, full-length standalone meant for the over-eighteen crowd. 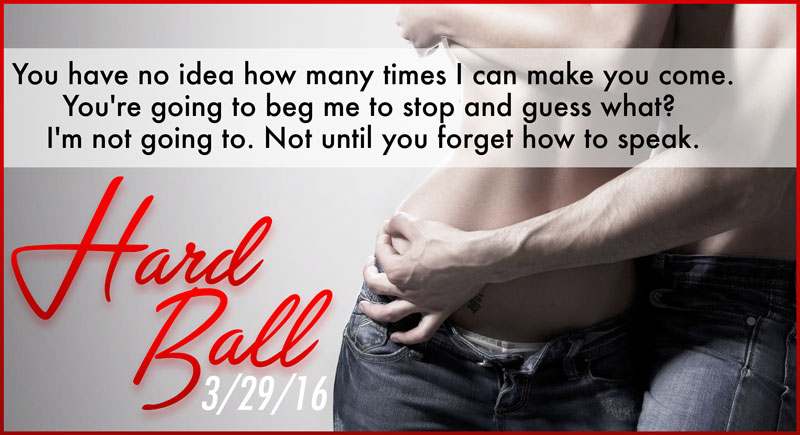