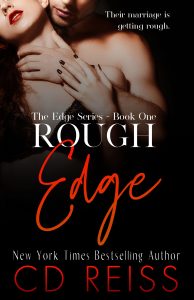 He's her husband, but he's not the man she married.
Caden and Greyson come home from deployment to build a life together. Everything is perfect, until Caden starts changing into a different man—one with a savage edge that's as dangerous as it is sexy.
Who is her husband?
What has he become?
And why?
Caden takes part in an experimental treatment, one that intensifies the break between who he was and who he's becoming, while Greyson hunts down answers, putting together pieces of a puzzle that begins in Iraq and ends in their bedroom.
The cure may be worse than the disease, and as Caden's roughness hits new heights, so does Greyson's pleasure. She's falling in love with a man she never married—a man whose very existence is a mystery, and one she's hell-bent on destroying.
With time running out and forces bigger than their marriage working against them, Greyson needs to put together the pieces before Caden takes it all too far…