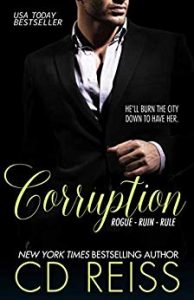 Antonio is a beautiful killer.
He's a prodigy of a thief and as violent a mafia hitman as ever walked the earth.
He’s about to complete the final act of vengeance against the men who hurt his sister and take his rightful place at the head of the Los Angeles mob… when she appears.
Like a predator catching sight of his prey, his attention is consumed by Theresa Drazen.
A proper lady.
An heiress.
A refined, upstanding member of society.
He wants to tear away her manners.
Melt her cold gaze in hot screams.
Own her completely.
The things he wants to do to her are more criminal than anything he’s ever been accused of.
And when Antonio wants something, he gets it.