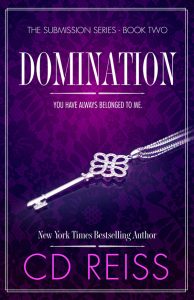 I want to just clarify a couple of things.
Submission is not abdication. Submission is not resignation. It’s not weak or fragile. It doesn’t mean I break at the first sign of trouble.
Well, I broke for a few weeks. When I realized I was falling in love with Jonathan and that I’d never be the same if I allowed it to continue, I broke into a million sharp little pieces. I think I damaged him in the process.
But what could I do?
Stay with him and untangle the mess of his life? Commit to his rules, his secrets, his troubles?
No. Just, no.
If we’re doing this, we’re doing it. If I’m committing, it’s to a man, not a lie. I’ll strip away everything between us, even if it ends us.
——
Previously released as Control Burn Resist